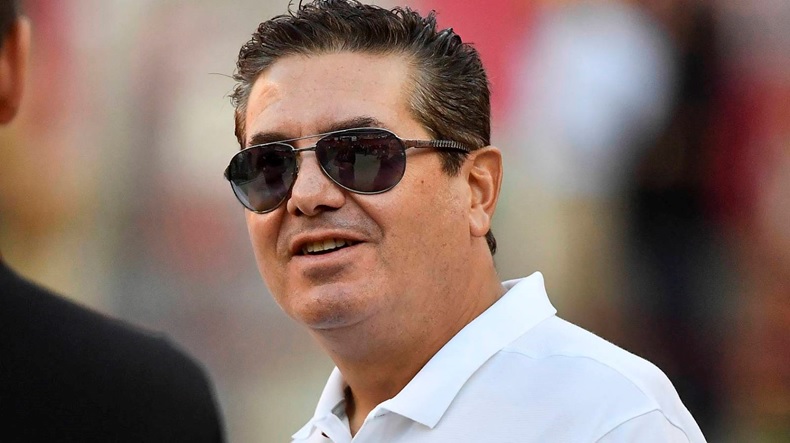 In 1999, Dan Snyder became the owner of what is now known as the Washington Football Team. As a child, he would regularly attend the franchise’s home games with his father, and Snyder said that the game of football was a key influence in his life while growing up. However, it was business acumen that allowed him to come up with the money needed to buy the franchise and become an overall force for good in the Washington D.C. area.

How Daniel Snyder Became a Billionaire

In 1985, advertising and marketing firm Snyder Communications, Inc. was born. By the time it was sold in 2000, the company was generating $1 billion in revenue per year and had offices in more than 17 countries. The company’s client list would feature 200 companies included on the Fortune 500 list. In 2000, Snyder Communications was sold to Havas for $2.3 billion, which was a record sale price for a company in the marketing or advertising sectors.

Snyder Has Used His Money to Help the Team Improve

During his tenure as owner of the Washington Football Team, Snyder has invested nearly $100 million into stadium, practice facility and other improvements. He has also invested a significant amount of money to diversify the team’s revenue streams in an effort to make the franchise more profitable. For instance, mobile retail stations were created that allow fans to buy Football Team merchandise during home games or at other community events that the team sponsors.

The Washington Football Team moved its training camp to Richmond in 2013 in an effort to draw more fans from the state of Virginia. Furthermore, the team has solidified its brand in Loudoun County by agreeing to hold regular season practices at Inova Sports Performance Center at The Park.

Washington Has Had Its Share of Success on the Field

Since Daniel Snyder became owner of the Washington franchise, the team has sent 27 players to the Pro Bowl, which is an all-star game held at the end of the season. Furthermore, 13 players who have been drafted by the team since 2000 have been recognized as the top rookies of their draft classes. It has also sent five players who were with the team during the Snyder era to the Pro Football Hall of Fame.

Almost $30 Million Has Been Allocated to Local Charitable Efforts

The Washington Charitable Foundation has donated millions of dollars to individuals and families who need food, shelter or other essentials. It’s signature program is the Loads of Love initiative, which seeks to provide children with discreet and affordable access to laundry facilities. Currently, underprivileged youth can wash their clothes at more than 80 schools, nonprofit centers and other locations throughout the city.

Daniel Snyder Doesn’t Help Others to Make Himself Look Good

In 2016, Hurricane Matthew made landfall in Haiti, and a day later, Snyder sent supplies to the island nation that were delivered by players who were of Haitian descent. During an interview with Fox NFL Sunday, he said that relief efforts were made because people needed help and he could provide it.

In May 2020, the death of George Floyd created intense debate throughout the nation about subjects such as police brutality and racism. Dan Snyder decided to donate $250,000 in an effort to create a dialogue about issues that are important to minority communities.

He also donated $35,000 to restore the Ashburn Colored School after it had been vandalized in 2016. That contribution represented almost 35% of the total amount raised to repair the damage done to the building.

In March 2020, the Washington organization created a COVID-19 testing site in Prince George County to help ensure that tests could be administered in a safe and orderly manner. He also donated money to local food banks and took other steps to ensure that the community had what it needed during an unprecedented health emergency.

A Search For Sustainability With Solar Street Light Manufacturer